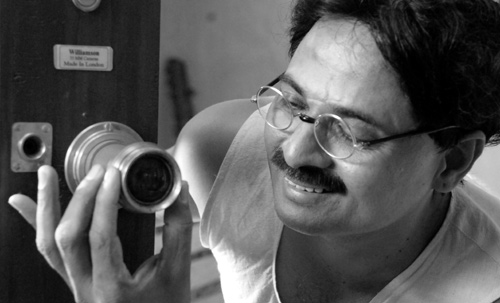 Harishchandrachi Factory is strongly reminiscent of Malgudi Days and other DD serials, Hrishikesh Mukherjee & Basu Chatterjee oeuvre of films, snugging into the quilt with Grandma telling a story… In short, the Good Old Days. Days when films were not merely about form or technique, but about the simple pleasures in life – about a fast-disappearing tribe called the middle class. When intelligence and simplicity were not mutually exclusive, in the realm of films. Today, cinema consists of either way-too-complex-see-how-intelligent-I-am films or way-too-idiotic-audience-is-stupid kinda trash! Along comes a film like Harishchandrachi Factory and you start believing  all is not lost – beside the banal and the super intelligent, the simpler, fun way of story-telling still exists.

Harishchandrachi… is the fable of how Dhundiraj Govind Phalke, better known as Dadasaheb Phalke, almost literally, gave birth to Indian Cinema with its first ever film Raja Harishchandra (might add here, two other contenders for the first film maker in India are Dadasaheb Torne and Hiralal Sen, although the first filmed plays being staged and the other was a shorts and ad film maker). It’s the story of his obsession with the medium, his struggles to prove that it can be done in India and that he wasn’t crazy (literally), the sacrifices he and his family made to realize the dream, casting of the film and how it was finally shot. With such a seemingly sombre and high brow plot line, one would expect a somewhat serious biopic of sorts. What debut ante Director Paresh Mokashi does is turn this very notion on its head by making a very light hearted, simplistic movie, filled with various hilarious and touching incidents. This film lives in its moments.

For example, when Phalke runs outs of funds to make his film, he ends up selling his cupboard and other pieces of furniture – with the money, he buys some books on film making. When he returns home, his house is crowded with neighbours, all tearfully consoling his wife. He feels something is amiss, walks up to his wife and asks what is wrong, only to realize they had been consoling her on the loss of the cupboard! Precious… Or when the son goes looking for his father in the dead of the night, or the story of the casting – one by one, all such pearls sewn by Mokashi into this priceless necklace of a film. One may say that the complexity of such a momentous occasion in history has been rather too “simplified”, but hey, who’s complaining?

As with most Marathi productions, this one too is full of stellar performances. Nandu Madhav (last seen by Hindi film audiences in Jis Desh Me Ganga Rehta Hai) as Phalke proves himself to be an actor of immense caliber. Vibhawari Deshpande as Saraswati Phalke and the child actors support him suitably.

Amborish Roychoudhury is a Social Media professional and film fanatic. Apart from films, he's fond of comics and classic detective fiction. For a Bengali who was exposed to a deluge of literature, music and cinema, with a liberal dose of Doordarshan at an early age, this queer mish-mash resulted in a keen awareness of pop-culture, particularly Cinema. View all posts by amborish